Francesca confesses her preference for fictional Beta males over the Alpha variety.

A couple of years ago, during a one-to-one at the Romantic Novelists’ Association conference, an editor wrote on my synopsis, Perhaps more interesting if Nate were more successful? Nate, in my novel Ten Years Later, is a Beta male, and I make no apology for it. He’s an accountant in a successful practice but he’s not big time and has no hugely famous clients. He earns enough to be nicely comfortable, have good holidays and not worry too much. He is intelligent, sensitive, doesn’t feel threatened by smart women and is happy to be a hands-on dad. And that’s how I like him. 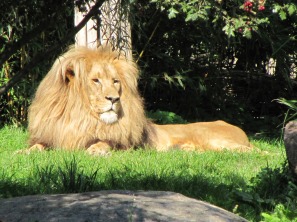 Are you into the King of the Jungle type?..

Alpha males don’t interest me nearly as much as Beta males, who often have less obvious good qualities. Alpha characteristics include being ultra successful, getting the girls, having oodles of self esteem (some might say arrogance) and are often physically fit. They’re protective of women, but often chauvinistic. They’re inclined to have little emotional intelligence and don’t expect to do housework or childcare. This is, of course, a gross generalisation! In real life I guess you’d call people like Brad Pitt, David Beckham, Tom Jones, Daniel Craig, Donald Trump, David Cameron, John F Kennedy, Mike Tyson and John Terry Alpha males, even though they’re all very different. 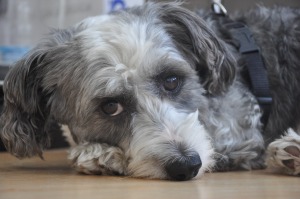 …or does the cute, thoughtful Beta male float your boat?

Beta males are often seen as less ambitious, not as tough, and physically weaker. They have less confidence (so maybe more humility?) Women don’t flock round them. But they’re often less chauvinistic, don’t have the same issues with women in positions of importance, will look after the kids and don’t mind mucking in. They’re often more intellectual. They can be more sensitive and emotionally aware.

Don’t get me wrong, I’m not knocking Alpha heroes in novels. Plenty of readers love Alpha male protagonists, and there are writers more than happy to invent them: all power to their elbow. But I also think there are as many readers who prefer a Beta male, someone more realistic who they can relate to.  Not someone who is rich, impossibly handsome, too powerful and muscle bound, but someone they could come across in the street, is attractive enough as well as thoughtful and generous without wads of cash . He can still be successful in his own way.

My attraction to Beta males goes back to before there were any such labels. As a teenager, geeky boys were more likely to appeal to me. The obviously handsome tended to leave me cold. One boy I liked had a face full of very dark freckles, wasn’t tall and was very skinny. However, he had the most amazing dark eyes which made up for all. My friends and I used to refer to him as ‘Owl’. Sadly, I didn’t know him well enough to be a real judge of his personality, though he did nothing to persuade me he was anything but a half-decent guy. 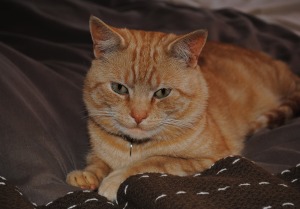 I was also quite enamoured of two ginger haired young men, though red-headed heroes never seem to make any kind of appearance in fiction. In fact, an established writer once told me that publishers aren’t fond of them, or Titian heroines, come to that (though I’m not convinced about the latter). How utterly scandalous. In response, I made the male and female protagonists in my next novel auburn! Time will tell if a publisher approves. The ‘hero’ in my current Work in Progress is a moody Welsh blacksmith with a troubled past.

Mmm. Moody Welsh blacksmith. Excuse me while I carry on with the WIP…

Do you prefer Alpha or Beta males?

6 thoughts on “In Praise of the Beta Male.”