Historical novelist Tania Crosse tells us what inspires her novels 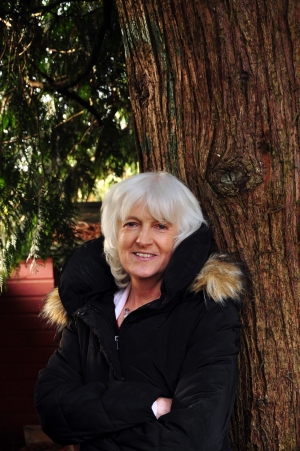 With fourteen historical novels under my belt, I am often asked where I get so many ideas from. I often wonder myself, but it does appear that I have been blessed with an exceptionally fertile imagination. I even have the occasional totally unexpected flash vision that gets my mind working. But as an experienced author, I’m also well aware of the ingredients that make for a magical novel, and much of that requires a great deal of thought and exercising of the old grey matter. Engaging characters with natural dialogue, a gripping story with sub-plots that weave around the main theme, maybe a secret or an adversary, and most definitely oodles of inner conflict are all essential.

My main source of inspiration, however, is a mix of location and personal experience. Each of the ten books in my Devonshire series set out to illustrate in fictional form different aspects of the fascinating history of West Dartmoor and the surrounding area. I simply allowed myself to imagine what it would really have been like to scrape a living from the moor in the past, but the savage beauty of the moor itself is part and parcel both of my characters and the passions that shape them.

The same is true of the new Twentieth Century sagas I have now written for Aria Fiction. The first mini series comprising Nobody’s Girl and A Place to Call Home was inspired by a visit to Winston Churchill’s home of Chartwell, where the great man himself spoke to me in a vision. And the two books in my Banbury Street series are definitely inspired by both location and personal experience, as I lived there myself as a small child many decades ago.

The Candle Factory Girl is set in the 1930s and is based around Price’s Candle Factory that was just down the road, although many other childhood memories also came into the story, the creepy railway arches at Clapham Junction Station being one example. My latest release, The Street of Broken Dreams, is set at the end of the Second World War, and as such is much closer to the period when I lived there. I remember well the camaraderie among the neighbours, which I hope to have conveyed in my new tale.

The main plot of what happens to Cissie in the opening prologue was inspired by a true wartime incident which fortunately failed to develop into the terrible ordeal she suffers. The person in question was a nurse making her way home late at night after her shift, but I sought a different reason for the circumstances. I decided to make my main character a dancer walking home after a performance, since dance has been a life-long passion of mine.

I first began ballet classes when I was four years old and living in Banbury Street. Later, we moved to Surrey, and I started at a new dance school. At this point, there was nothing I yearned for more than to attend tap and modern classes as well. Just like Cissie, though, my parents couldn’t afford it.

When I was eleven, we moved again. After a spell at ballroom school, I insisted on returning to ballet, and my mother took me along to Miss Doris Knight’s to assess which grade to start me in. In later years, my mother admitted to astonishment at how much I knew. As for myself, I recognised what a brilliant teacher Miss Knight was, little realising this was to become a life-long friendship.

I studied under Miss Knight until I went to university. I was never going to be good enough to audition for the Royal Ballet School, but I loved my dancing with a passion. Miss Knight only produced a show every two years – but my, were they shows! Her husband, Mr Lightowler, was a conductor. So when it came to the main performance, we were accompanied by a full orchestra at – wait for it – prestigious Wimbledon Theatre. Which is why it features in the book!

I was lucky enough to do three shows with Miss Knight. I was seventeen at the final one, and danced the role of The Wicked Witch of the West in The Wizard of Oz. Miss Knight choreographed a wonderful solo for me. I remember leaping across the stage to a dramatic score, black cloak swirling around me. I felt as if I was flying, putting everything I had into that dance, and received a roaring applause. That moment was the pinnacle of my dance career, so I know exactly how Cissie feels when she performs to Tristan and Isolde in the book – even though her career continues to flourish and mine did not!

After university, I returned to Miss Knight’s for three years until my husband’s job took us sixty odd miles away to live in the country. My one and only regret was having to leave Miss Knight’s. However we corresponded regularly for over thirty years. When I began writing, she was a huge fan and bought every one of my books.

Sadly, in her late eighties, she was diagnosed with Parkinsons. She knew I hoped one day to write a novel about a dancer set possibly in the 1940s, and told me all about her wartime experiences in a repertory company which inspired Cissie’s career in my story. I so wish she had been alive to read it for herself, but her friendship and all that she taught me will remain in my heart forever.

My own ballet days are long over, although peek through the window and you might catch me spinnning a few posé turns across the kitchen floor. So throw into the melting pot my love of dance and the street where I lived, and sprinkle with imagination dust, and you will see why The Street of Broken Dreams is probably closer to my heart than anything I have written before.

A Street of Broken Dreams

Summer 1945. The nation rejoices as the Second World War comes to an end but Banbury Street matriarch, Eva Parker, foresees trouble ahead.

Whilst her daughter, Mildred, awaits the return of her fiancé from overseas duty, doubts begin to seep into her mind about how little she knows of the man she has promised to marry. Or are her affections being drawn elsewhere?

Meanwhile, new neighbour, dancer Cissie Cresswell, hides a terrible secret. The end of the conflict will bring her no release from the horrific night that destroyed her life. Can she ever find her way back?

Under Eva’s stalwart care, can the two young women unite to face the doubt and uncertainty of the future?

Thank you for visiting us, Tania, and good luck with your latest novel