Francesca has a look at a coal miner’s life a hundred years ago, ahead of the publication of her novel, Heartbreak in the Valleys on Wednesday

In the post a couple of days back, I had a look at a working-class woman’s life a hundred years ago. Today, I thought I’d look at the life of a working-class man, a coal miner, to be exact. While it’s true women worked double the hours in the home, the life of pitmen was no bed of roses, but a backbreaking, health compromising slog. 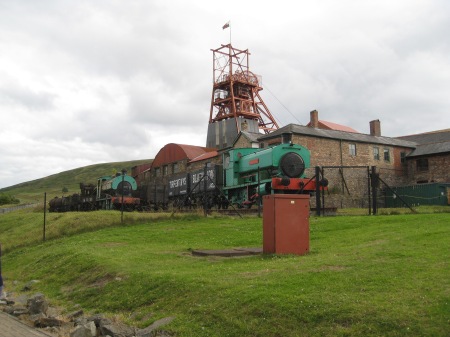 Big Pit at Blaenavon, as it is today

Shift patterns varied a little, so these are all examples, but they tended to be eight hours a day by this time. In previous years, they’d have been longer. There were often three shifts, the morning (around 6am till 2pm), the afternoon (2pm till 10pm) and the night shift (10pm till 6am). Those who worked underground, which would have been the majority, faced eight hours in a cramped space, their immediate area lit only by a lamp, breathing in cold dust and noxious gases, among them black damp (including carbon dioxide), white damp (including carbon monoxide) and firedamp (which was highly flammable and caused many explosions).

Any food or drink they took down would have to be consumed in these gritty conditions. One account I found described taking bread and dripping (a staple of working-class diets at this time) in newspaper. To drink, they’d often take a tin water bottle containing tea (which presumably went cold quickly). 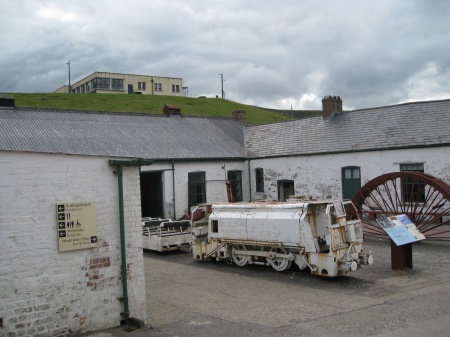 The chances of an early death were high. The local newspapers of the time are full of reports of fatal accidents. I came across over 20,000 results searching over only the four years of World War 1. Being knocked over by a runaway tram was extremely common, as was being crushed by a roof fall. Pit cages (in which men travelled down to the shafts) were occasionally known to crash and kill the occupants. Then there were the explosions, caused by the gases that accumulated, particularly firedamp. If you survived an explosion, but didn’t get out of the pit quickly, afterdamp, the toxic gas left, would quite likely see you off.

If you managed to avoid or survive the many misfortunes that could befall you in the mine, your health would likely still be compromised by an inflammatory skin condition or a respiratory disease. The latter could include pneumoconiosis, asthma, emphysema and lung cancer. One of my great grandfathers had emphysema recorded on his death certificate, and he hadn’t worked in the mine for forty years.

In 1902, there was an explosion in the McLaren Colliery in Abertysswg, Monmouthshre, the place I based my fictional village in Heartbreak in the Valley on. Sixteen men were killed, half of whom were under thirty, the youngest being seventeen. The worst ever mining accident in the United Kingdom took place at Senghenydd Colliery, near Caerphilly, in 1913. The explosion killed 439 miners.

A few years ago, on a trip out from the Writers’ Holiday in Caerleon, I visited Big Pit at Blaenavon. It’s been closed as a mine for forty years and is now a tourist attraction. Going down to the tunnels gave only a tiny taste of what it was like to have worked there. At one point our guide, a former miner, turned off the lights to give us some idea of what being trapped in real darkness would be like.

It’s not something I’d want to experience for more than a few seconds.

ABOUT HEARTBREAK IN THE VALLEYS

The world was crumbling, but her love stayed strong 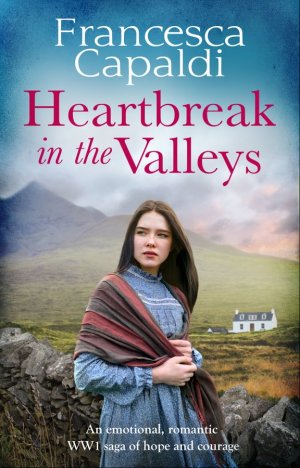 November 1915. For young housemaid, Anwen Rhys, life is hard in the Welsh mining village of Dorcalon, deep in the Rhymney Valley. She cares for her ill mother and beloved younger sister Sara, all while shielding them from her father’s drunken, violent temper. Anwen comforts herself with her love for childhood sweetheart, Idris Hughes, away fighting in the Great War.

Yet when Idris returns, he is a changed man; no longer the innocent boy she loved, he is harder, more distant, quickly breaking off their engagement. And when tragedy once again strikes her family, Anwen’s heart is completely broken.

But when an explosion at the pit brings unimaginable heartache to Dorcalon, Anwen and Idris put their feelings aside to unite their mining community.

In the midst of despair, can Anwen find hope again? And will she ever find the happiness she deserves?

“Heartbreak in the Valley is a fabulous debut. Rich with well drawn characters, twists and turns, sense of history and place…  it was hard to put down. I loved it!” Author Rosie Hendry

Come and find me on: