We welcome Judith Barrow today, talking about her research and settings

Hello Judith, and welcome to the blog. First of all, could we ask what kind of research you do?

Writing historical family sagas necessitates a lot of research. It’s what I enjoy. It’s fun discovering the fashions of an era, the hairstyles and cosmetics. The toys, the games that occupied the children tell a lot about the times. Mostly I research late nineteenth and early twentieth century when children had less time to play; childhood often ended before the age of twelve, with chores and work to bring in money for the family. I researched the kind of employment given to them, unbelievable in this days and age. And it has made me see how far society has changed when it comes to the houses built: from terraces to high-rise flats to housing estates. And how there are differences in the furniture, the ways people cooked, the food, the way clothes were washed. How life was lived.

But of course, there is also the background to those lives, the environments: the state of the towns, the countryside, the country I’m researching. And that’s when politics play a huge part in the lives of the characters that have formed in my mind. Because I mostly write about early twentieth century, I’ve explored the time of two major world wars, of smaller but no less dangerous conflicts between maybe two or three countries, of internal strife in Britain, in Ireland. And, trying to understand the effects on populations, on ordinary people, I read as many memoirs I can find and, so often, when I read about life in the past, I realise that little has changed in the human psyche. Emotions don’t change; we react to situations, to others’ actions, in much the same way now as they did in the past, depending on our own personalities. On our own memories.

Often these memoirs are the hardest to read. It’s difficult not to feel, to empathise with the emotions of the women who fought and suffered for the right to vote, the soldiers in the trenches and battlefields, the women left behind to worry, to fill in the gaps in the workplace and to run a home, with the despair of unemployment and despair. But then there are also the success stories, of overcoming all the odds, of adventures, of peace and fulfilment to lift the spirits.

Tell us about your settings and why you chose them?

My books are mostly set between a fictional Yorkshire town and a fictional place in Wales because I feel the closest affinity to both areas. I grew up in a village on the edge of the Pennines and have lived in West Wales for the past forty years.

For me, the settings are a character in themselves.

The setting which was the inspiration for my earlier work, the Haworth trilogy, was Glen Mill, one of the first POW camp to be opened in Britain. It was a disused cotton mill, built in 1903, that ceased production in 1938. At a time when all-purpose built camps were being used by the armed forces and there was no money available for POW build, Glen Mill was chosen for various reasons: it wasn’t near any military installations or seaports and it was far from the south and east of Britain, it was large and it was enclosed by a railway, a road and two mill reservoirs.

The earliest occupants were German merchant seamen caught in Allied ports at the outbreak of war. Within months Russian volunteers who had been captured fighting for the Germans in France were brought there as well. According to records they were badly behaved and ill-disciplined. So there were lots of fights. But, when German paratroopers (a branch of the Luftwaffe) arrived they imposed a Nazi-type regime within the camp and controlled the Russians. Later in the war the prisoners elected a Lagerführer; a camp leader who ruled the inner workings of the camp and the camp commanders had to deal with them. 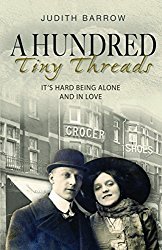 Prequel to the Howarth series

The more I read about Glen Mill the more I thought about the total bleakness of it and the lives of the men there.  And I knew I wanted to write about that. But I also wanted there to be hope, to imagine that something good could have come out of their situation.

Which is why I introduced Mary Haworth, the protagonist of the trilogy. All POW camps had to house a hospital to care for the prisoners. Mary is a civilian nurse. I was originally informed that only Alexandra nurses could work in the hospitals but, through research, I discovered that there was one civilian nurse, so I decided there could be another: Mary. Haworth.

Thank you for dropping by, Judith, and the best of luck with all your books

Judith’s latest book is The Memory

Mother and daughter tied together by shame and secrecy, love and hate. 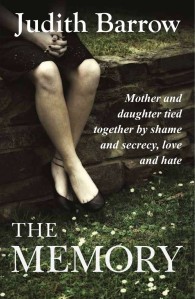 I wait by the bed. I move into her line of vision and it’s as though we’re watching one another, my mother and me; two women – trapped.

Today has been a long time coming. Irene sits at her mother’s side waiting for the right moment, for the point at which she will know she is doing the right thing by Rose.

Rose was Irene’s little sister, an unwanted embarrassment to their mother Lilian but a treasure to Irene. Rose died thirty years ago, when she was eight, and nobody has talked about the circumstances of her death since. But Irene knows what she saw. Over the course of 24 hours their moving and tragic story is revealed – a story of love and duty, betrayal and loss – as Irene rediscovers the past and finds hope for the future.

Although I was born and brought up in a small village on the edge of the Pennine moors in Yorkshire, England. for the last forty years I’ve lived with my husband and family near the coast in Pembrokeshire, West Wales, UK, a gloriously beautiful place. I’ve written all my life and have had short stories, poems, plays, reviews and articles published throughout the British Isles. I had the first of my trilogy, Pattern of Shadows, published in 2010, the sequel, Changing Patterns, in 2013 and the last, Living in the Shadows in 2015. The prequel, A Hundred Tiny Threads was published in  2017. The Memory was published in March 2020. My next book, The Heart Stone is due to be published in February 2021.  I have an MA in Creative Writing, B.A. (Hons.) in Literature, and a Diploma in Drama and Script Writing. I work as an interviewer of authors for an online TV company; Showboat tv. I am also a Creative Writing tutor for Pembrokeshire County Council’s Lifelong Learning Programme and give talks and run private workshops on all genres.