Francesca considers her wintertime blues and wonders whether this affects the seasons she sets her stories in.

Winter sunset – pretty but too early in the day (Devon)

As a child I don’t think I paid much heed to the clock change of late October that caused daylight to disappear an hour earlier in the afternoons. To me at that time it meant apple bobbing at school, Guy Fawkes Night and ultimately, Christmas. The Yuletide period didn’t appear in the shops so early back then, certainly not in September, and definitely not August when the seasonal catalogues tend to plop through the letterbox these days.

Even now, the earliest I am willing to entertain Christmas is November. I’ve wondered recently whether I’ve picked this random date because the clocks change around the same time and dark afternoons become a reality. After this event I wait eagerly for the first of the Christmas lights to appear in front gardens and windows, as I drive along the road.

One of the summer settings I’ve used (Littlehampton)

Once the festive season is over and the decorations are packed away, I look each evening for signs of later sunsets. I dread the winter months, not because of the cold weather but because of the short days. Possibly this is the reason that five of the six contemporary novels I’ve written are set largely over spring and summer, as is the serial and many of my short stories. Could this be a manifestation of something I shall call Writer’s SAD?

The novel that does have a large winter element ends in July. Two others that begin in late winter likewise end in the summer. The historical I’m currently working on, set in a Welsh mining village in the Valleys in World War I, starts in a November. There is a real life reason for this, but this will also end in July because I want it to. 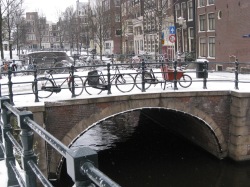 Maybe there is something symbolic about beginning a novel in winter and ending it in the summer, for me at least. They start at a ‘dark’ time, ending with sunshine and ‘light’. I could be reading too much into this and it’s probably simply that I like spring and summer so I contrive, albeit subconsciously, to set most of the action then.

Do any of you have a favoured season in which to set your novels, or is it just me?